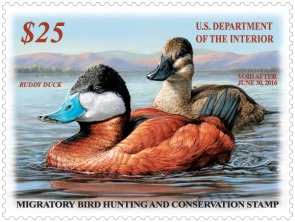 As the 2015 duck season is in our sights, I came across a thought about the price we pay to sit in the cold, damp weather waiting for these feathered loudmouths to land on our decoy spread.  Other than the waterfowl hunters themselves, most people do not realize that in order to hunt waterfowl in the United States, one must first purchase their state’s hunting license as well as a Federal Duck Stamp.  This year, the price of the Federal Duck Stamp increased from $15 to $25.  I will speak for most hunters and say that we typically don’t mind paying for our licenses to hunt and fish as long as the money from these fees goes back into conservation in some way.  Although I do not trust any government on their word, I would like to believe that the federal government is using these duck stamp fees to support wetland conservation across the country.  Duck stamps or not, duck hunting is a very expensive sport which takes a significant amount of effort.  So why the heck do we do it?

Of course a duck hunter can grab their 12 gauge shotgun and head out to a private pond and shoot ducks on the cheap with minimal effort, but most of us don’t have that luxury.  In this day and age, the amount of duck hunters is on the rise which creates more pressured flocks and more competition between hunters.  As more and more hunters are flooding public wetlands, you have to do what it takes to get your set up to do the job.  Unfortunately, this can cost a good buck or two.  The Postletown W&W does not, by any means, buy-in to sketchy gimmicks that cloud the outdoor sporting market, but even the minimal amount of necessary duck hunting gear can put a dent in the average hunter’s wallet.

Let’s start with the gun.  Most duck hunters also hunt other game and own a firearm than can get the job done on various species, so this expense does not have to be a big blow to your financial plans; however, once you get hooked on the sport, you will naturally want to upgrade to something more functional for what you are trying to do.  Even the cheapest semi-automatic shotguns are not cheap, in my eyes.  This is why I am still hunting with my Remington 870 pump that my father bought me when I was a teenager.  It is not ideal for duck hunting, but at the end of the day, its more about the shooter and not so much the gun itself.  If you can separate your “needs” from your “wants” it will surely help you with this predicament.

The ammo.  Federal regulations mandate that waterfowl hunters use steel shot ammo when hunting migratory game birds in the United States.  If you have purchased steel shot before, you know that it has a hefty price tag compared to other types of shot, such as lead.  The average box of steel shot suitable for duck hunting is about $23 per box (25 shells).  Of course there are some brands that are much cheaper than that as well as some that are much more expensive..  Now, to put this in perspective, on a good day of duck hunting one shooter might go through an entire box of shells unless that shooter is an ace who hits their six duck limit with ease.  Ammo expenses can surely add up very quickly. 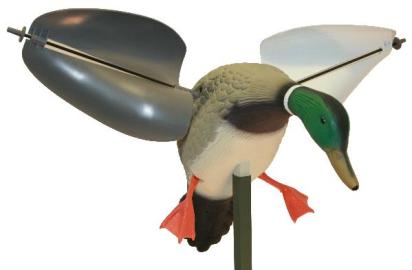 The decoys.  “Let’s just grab a few decoys and set up, the ducks will probably come in.”  That was my mindset when I started duck hunting, but as you get into it more you start thinking, “well, maybe we need more…maybe we need wood ducks, divers, or geese out there…maybe we need one that displays motion…etc…”  We still don’t have the amount of decoys that we would like to have due to the cost of them.  Each year, someone in our crew purchases a few here and there which almost has us where we need to be, but it has taken a few years and some generous donations from friends who had some leftovers to get us to this point.  Most of us don’t have a few hundred bucks lying around to buy duck decoys, especially when we have things to purchase for hunting other game and fishing.

The boat.  I am not going to focus too much on the cost of a boat and motor itself because a boat has many other uses besides duck hunting; however, to make it suitable for duck hunting, it takes a few greenbacks.  A duck boat MUST be concealed and unless you purchase a boat that is specifically made for duck hunting, you have to do this yourself.  Paint and concealment materials won’t break the bank, but in the grand scheme of things, it is yet another expense for the avid duck hunter.

Calls.  Duck calls are not something that I spend a lot of money on, most in part because I admit that I am not very good at it so it doesn’t matter what kind of call I am using.  Duck calls can be outrageously priced and many duck hunters are willing to pay for that superb quality and sound. 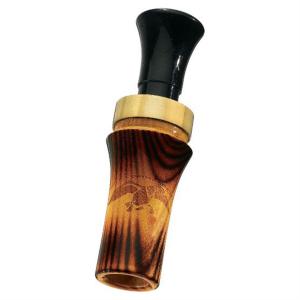 Although I don’t put my money on expensive calls, I do believe that certain calls can make a difference and stand out when other hunters populate the area you are hunting.  Depending on your beliefs and hunting strategy, one single waterfowl call could easily dip into the one-hundred dollar range or more.  I’ll stick with my $15 calls.

Retrieval.  Most serious duck hunters have a dog that is specially trained to retrieve birds for them when they lay some out.  Unfortunately, none of us have a dog that is capable of doing this for us.  Our “Fido” comes at about 9′ long, rides in the duck boat with us, floats, and you need a paddle to operate it.  A camouflage-painted kayak is our solution for retrieving ducks.  Yes, another expense.  Also, don’t forget the waders we are wearing in case we have to retrieve a bird that has fallen in the brush where the kayak can’t make it. 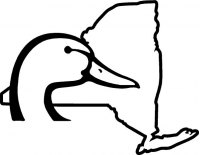 Membership Fees.  On top of the licensing fees and the Federal Duck Stamp fee, many duck hunters are also members of conservation efforts across the country.  Every member of the Postletown Woods and Water team pays membership fees to Ducks Unlimited.  We fully support Ducks Unlimited because we know that they are doing their job to preserve waterfowl and wetland conservation across the country.  We believe that every duck hunter should take part in this to ensure that duck hunting exists for our future generations.

These are just some of the basic necessities for duck hunting.  As you can see, from licensing and all the way down the list of equipment, duck hunting is a very expensive sport to get into.  It is quite funny to hear us talk after our duck hunting outings as we sip on a cold beer in the crisp October air with our face paint smeared across our faces.  At least once, one of us begins a conversation with a statement along these lines, “These 6 ducks probably cost us about $100 today” and we all chuckle; or “Wow, all that effort for one plastic bag of meat?”  These statements might tell the truth, but the adrenaline rush we experienced as they circled over our heads and the laughs that we belted out when we all missed an entire flock makes it all worth it.  Many people will not understand where I am coming from and actually, when I see it on paper, it doesn’t make sense; but on October 24th, 2015, we will be out there again and I will be reminded of why we put so much money and effort into this sport.  Some of us will have new guns, more ammo, a new decoy to try, a new kayak, and if we’re lucky maybe even a new hunter or two!

Written by Chris Postle of Postletown Woods and Water.